ROM better with THR or Resurfacing?

A patient sent me a link to these two articles, studies that claim ROM (Range of Motion) is better for THR's than for hip resurfacing.

Less range of motion with resurfacing arthroplasty than with total hip arthroplasty: in vitro examination of 8 designs

I emailed several doctors to get their feedback on these articles.  Here is Dr. Vijay Bose response sent to me January 20, 2009.

1)  Not sure how they were implanting the cup since they were seeing impingement of the neck on the anterior cup.  I real life the cup is inserted with enough anteversion and the anterior wall of the pelvis trimmed so that there is about 2 mm of anterior wall bone left proud of the cup.  If there is correct anteversion of the cup then there should be no contact of the neck on the metal cup anteriorly with the minimal bony rim.

2)  These are all in vitro models and don't represent the effects of the soft tissue constraints seen in vivo.  My personal experience is that the BHR's feel more natural to the patient een when compared to metal on metal big femoral head prostheses which theoretically should have much more motion than any conventional hip design.  If one truly wants the most hip ROM based on design alone then MOM BFH would give the most.  In those few patients where I've had a BHR on one side and a MOM BFH on the other, the patients have preferred the BHR.

3)  We are not seeing anterior neck resorption or remodeling in my follow-up xrays and to date with a series of about 390 cases-  no neck fractures.

Conventional head size 28 mms/ 32 will cause impingement very early.  Impingement is the factor making them prone for dislocation .This is the reason why the whole world is moving towards larger heads. If an anatomical sized head (same size as resurfacing) is used on a stem , there is no doubt experimentally one can produce larger range of movement due to the outstandingly favorable head neck ratio. However one has to question, as to whether we are aiming for supra normal movement. The answer is of course no.

Therefore the natural range of movement that the patient has is our goal and both resurfacing and big heads will produce that movement.

The next question is what if impingement was present pre-op.  This is a good possibility and the resurfacing must compensate for the structural abnormality by shifting the head appropriately and achieving the favorable head neck ratio. A much simpler way of achieving the same range of movement would be to use the same bearing on the stem. This has to be balanced against the need for bone conservation in that particular patient taking  the 3 factors of activity level, age and bone stock into consideration

Badly done resurfacing will give bad results and impingement.  I am pretty sure that the experimental models that were used did not have proper implantation of the resurfacing femoral components.

One just has to listen to a patient who has a resurfacing on one side and a conventional hip on another to know which has a better range of movement.

We found that 17% of conventional THR were able to do this activity.  and 79% of patients with big anatomical heads were able to do it. The percentage was slightly lower 76% for hip resurfacing. I hope that this clarifies the point. I have attached a pic of one of my patients. She had come here for the second side resurfacing surgery . The first surgery on the right side was done earlier. With best regards vijay bose chennai" 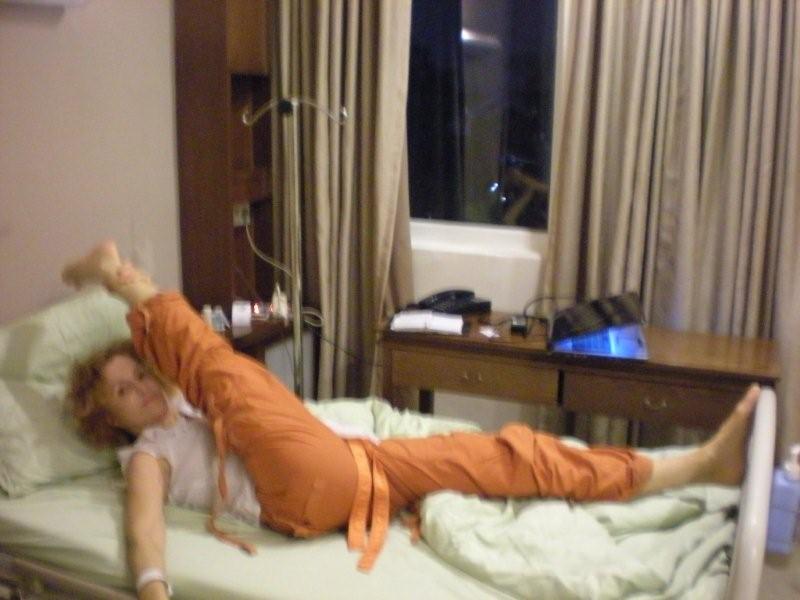 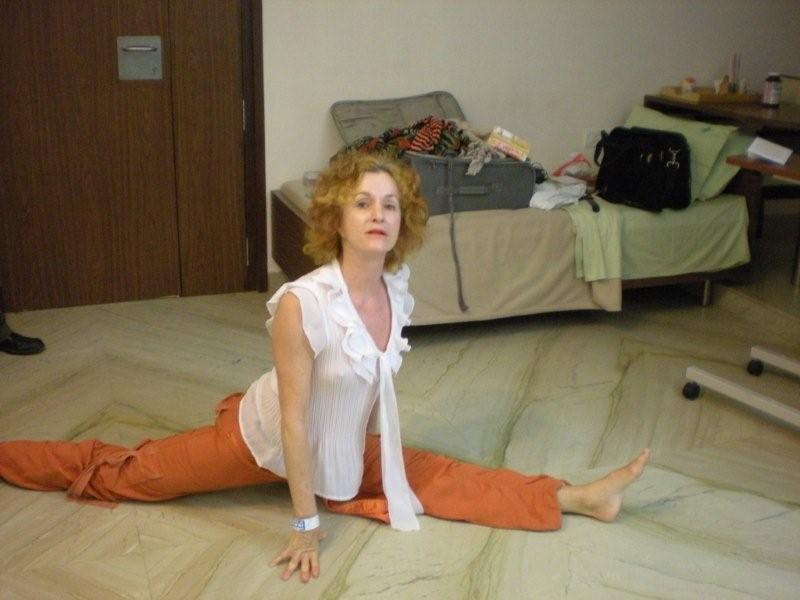 Silvia Beck in hospital prior to second hip resurfacing
LBHR Bose  12/10/ 08
Photos Silvia sent to me below on June 2, 2008, just a little over six months post op from her right side. 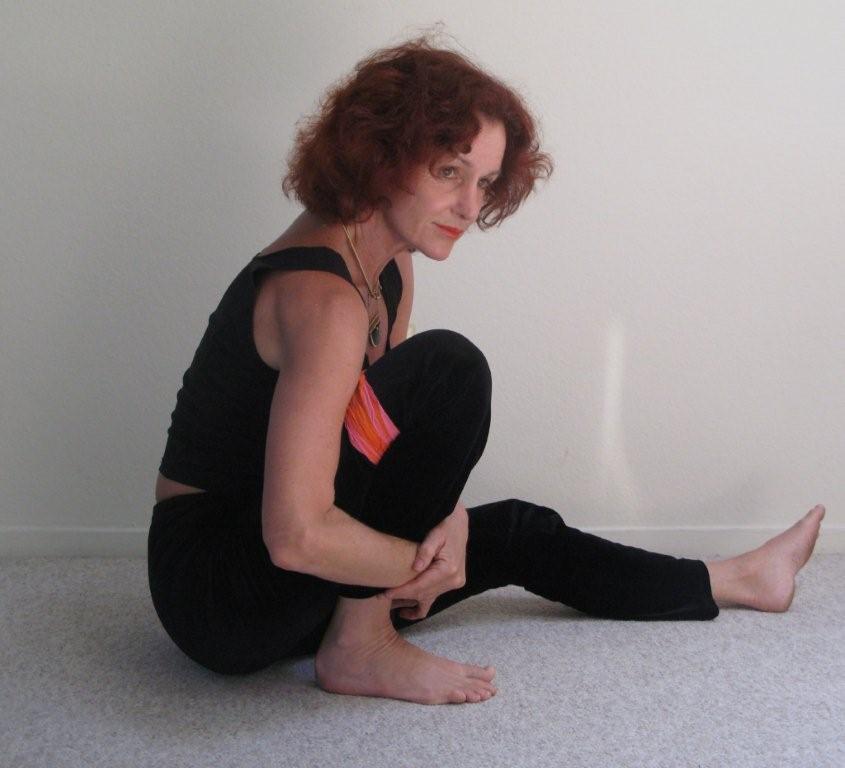 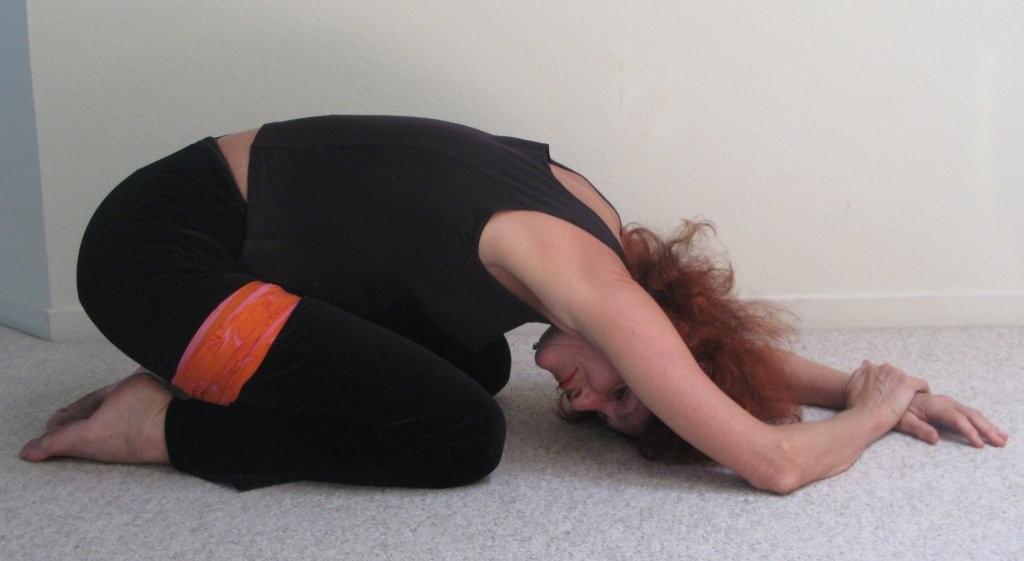 Update from Silvia
1/20/09
"I am still in india 6 weeks postop and my range of motion is even better this time around."
Tribute to the
Late Vicky Marlow