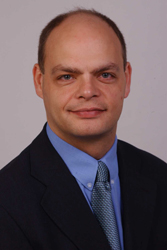 2.) How long do you feel it takes for the bone to be fully healed, grow into the prosthesis?  What is the recommended time you tell your patients before they can start to run again/do impact sports?

From clinical and laboratory research, it would seem that the acetabulum is generally adequately fixed from an ingrowth perspective at about 3 months for most patients, but this process evolves significantly more for 1 year and then more slowly (like all living bone) for the rest of the life of the patient.

3.) What is your take on cementless devices for resurfacing?
(I am assuming that you are referring to cementless femoral heads rather than the acetabula which, apart from some notable exceptions, are all cementless). I am not a big fan of cementless femoral heads. I performed a number of the Hydroxyapatite coated Cormet 2000 resurfacing devices starting about 10 years ago when I was working as a Resident and Fellow in Cambridge, England. Early reports of neck thinning are of concern. They are, however, being used in fairly significant numbers in Europe and I will await longer follow-up results.

4.) Which resurfacing device do you prefer to use and why?
I use the BHR because it is the most tried and tested. It has, in my opinion, the most reasonable design rationale relating to metallurgy, implant thickness, prevention of impingement, as well as acetabular and femoral head fixation. I do, however, think that we should try and improve on the BHR as it, and all other resurfacings, have instrumentation and design limitations.

5.) Do you have a cut off age for resurfacing patients or do you go on a case by case basis?
I go by a case-by-case basis. For example, my oldest patient is an 80 year old who competes internationally in Racquetball.

6.) Do you preserve the neck capsule?
Yes, where possible. I try not to remove anything that does not need removing in order to get the job done well.

7.) What size incision do your normally give your patients for resurfacing?
The size varies depending on the patient. Muscularity, adiposity all play into the equation. Generally speaking, it is usually a couple of inches longer than the equivalent incision would be for a THR in the same patient.

Weight bearing as tolerated day 1. Crutches/walker until OK with a cane or no aids. Non impact exercises from Day 1. Hip precautions for one month. Non impact sports at 6 weeks (e.g. golf). Impact sports and running at 6 months.

9.) What type of anesthesia do you use general or epidural or ?
General or spinal anesthesia. I also use a post-operative Painbuster catheter for 36 hours that infuses a cocktail for medication directly into the wound. This is producing excellent relief of pain without the generalized side-effects from intravenous drugs.

10.) Where did you train for resurfacing? Who trained you? Did you observe after the initial training and/or do cadaver labs prior to your first patient?
I trained for 18 months under the watchful eyes of Mr Richard Villar in Cambridge, England. I did my first resurfacing in 1997. No cadavers were involved at that stage!