Tony Nargol: "We are seeing patients with no pain and severe osteolysis of pelvis with ASR’s.  The critical investigation is metal ions testing.  In UK it is exploding and each centre that had not seen the problem is steadily seeing failures. 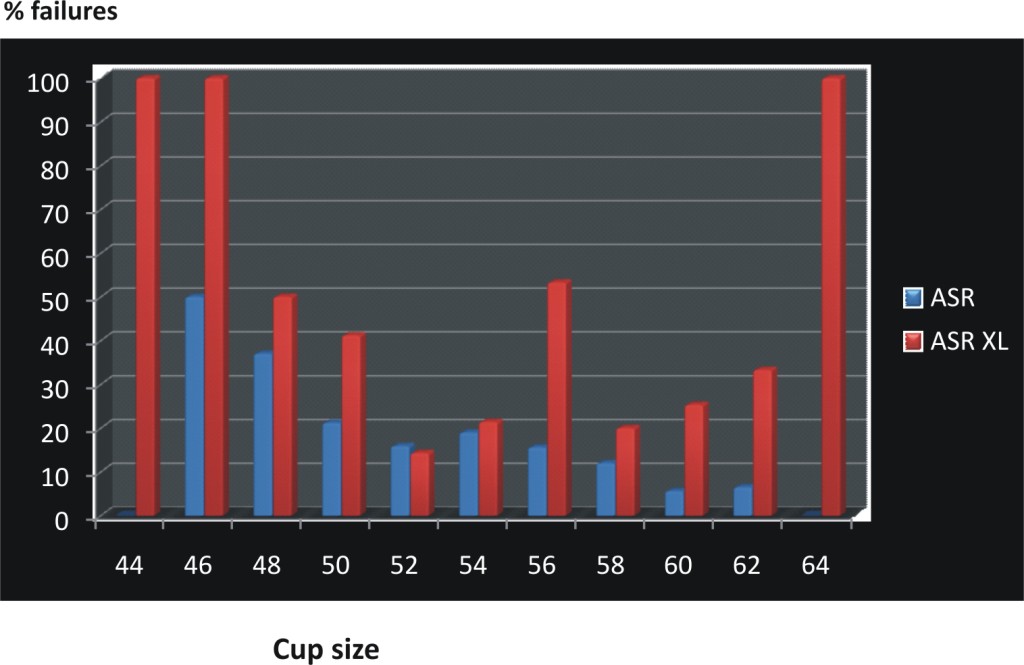 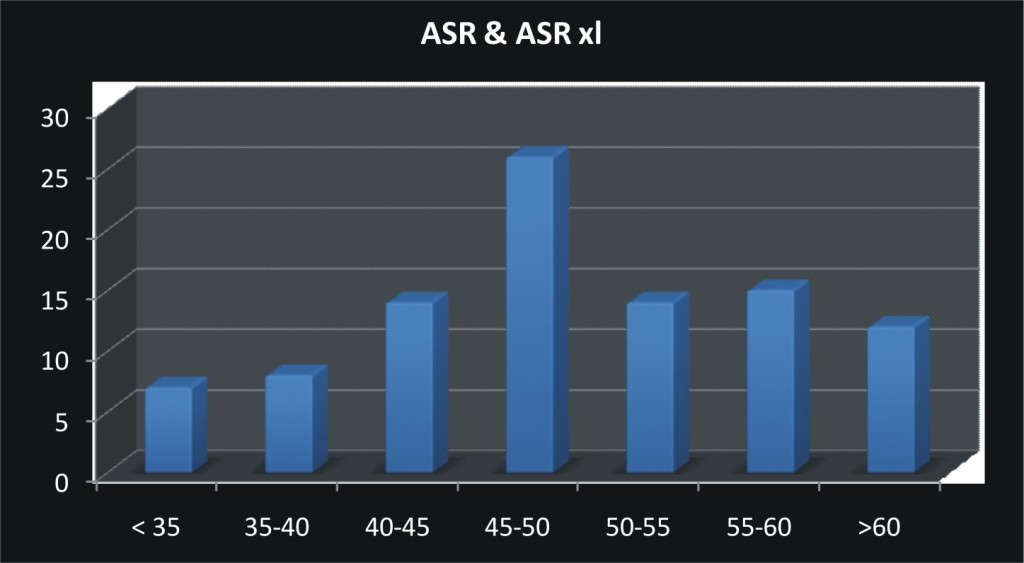 "The MHRA guidance was if metal ions are >7 ppb then surgeons should scan and investigate. However the detail is missing : normal is 2ppb , so 7 was way above normal and this means you are likely to be in trouble. However this number was only for resurfacing hips when the bearing surface was wearing.  The problem with Total hip replacements like ASR XL is usually the bearing is fine , but it comes off the taper.  Usually cobalt in preference to chromiuim and hence we prefer to observe cobalt. Many patients do not get to even a level of 7ppb before pain and severe damage sets in. It is difficult to get a big level of ions from a small taper.

If surgeons wait till 10 with a patient in pain and lots of fluid then they are leaving it too late.   Tony" 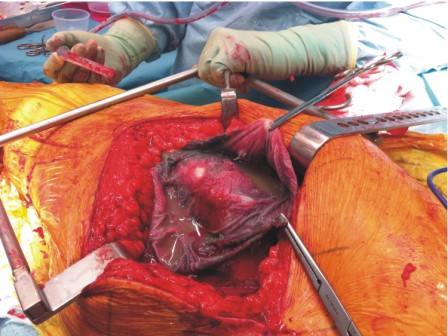 Photo above is of a patient who had an ASR XL with pseudotumour , patient had mild pain and was still working , he had had the implant in him for 5 years, he came from Ireland to have his revision.

Patient with a Corail Pinnacle metal on metal same problem 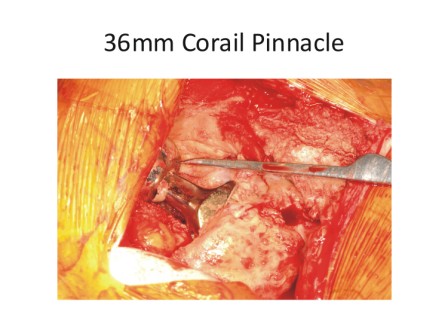 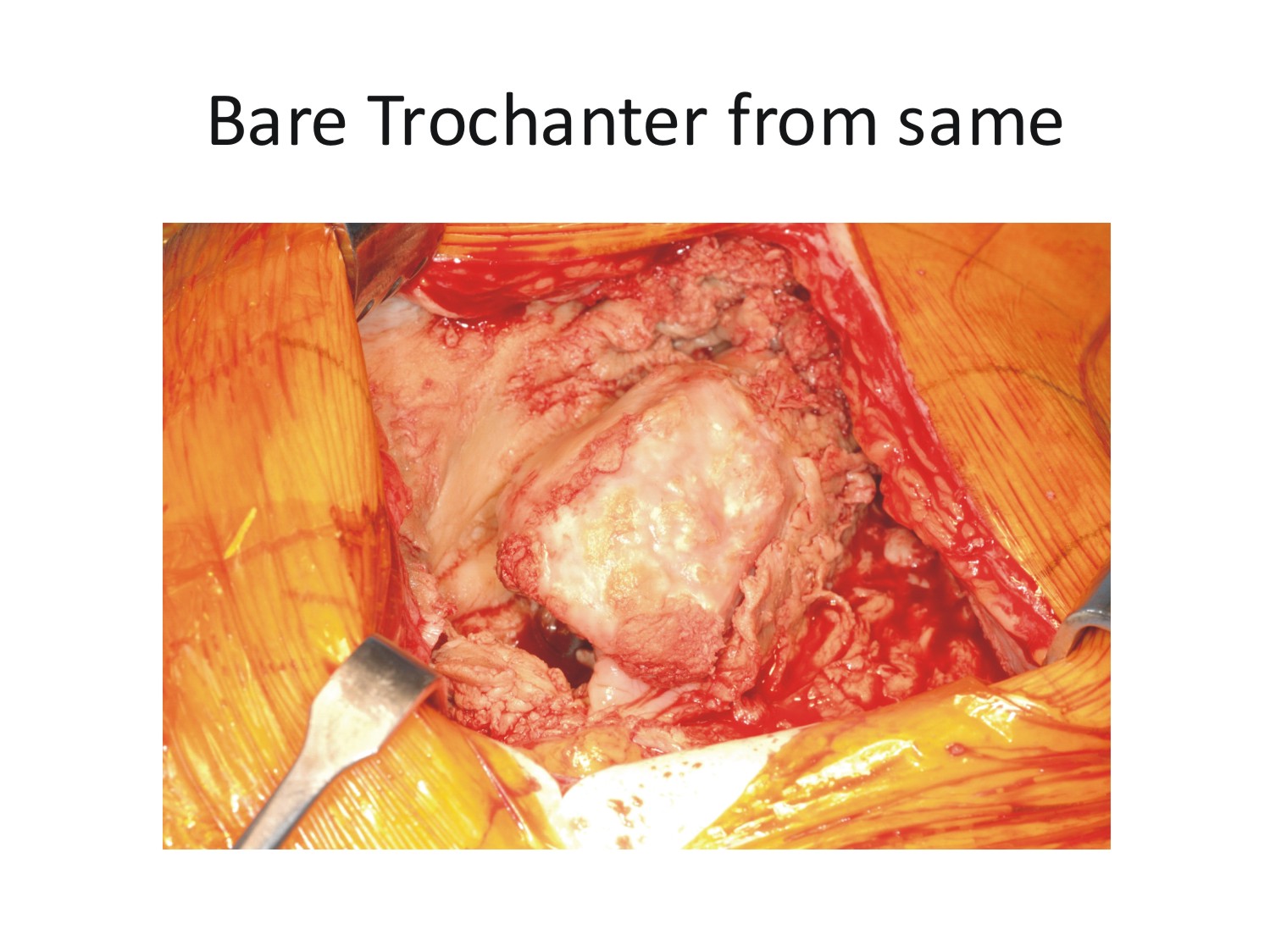 I then asked him about the fact that there is a wear in period where our levels WILL be higher the first year or two that we have our implants, here is his response.

Tony Nargol: "Yes there is a run in for a year , but it is worth checking at a year and then repeat at 18 months if concerned. ions should not be above 4 at 18 months . However we are great believers in serial testing to see the trend."

I then asked him also WHEN did he start seeing the failures happening, was it longer out and maybe that is why the U.S. surgeons are not yet seeing the negative results that he has seen because most of them have only been implanting the ASR for around 4 years, even Dr. Bose started implanting ASR's only like 4 1/2 years ago, and here is his response.

Tony Nargol: "Yes the ASR fails mostly after 4 yrs then accelerates after that.
The only other person in uk at same time level as me has 75 % failed or high metal ions or pain .
Cardiff is a disaster also at similar rate but a year behind. 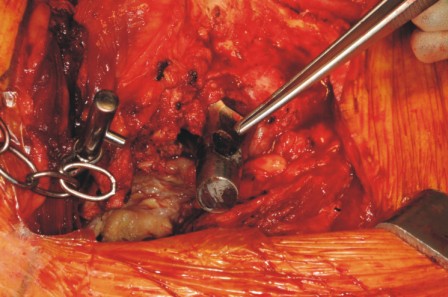 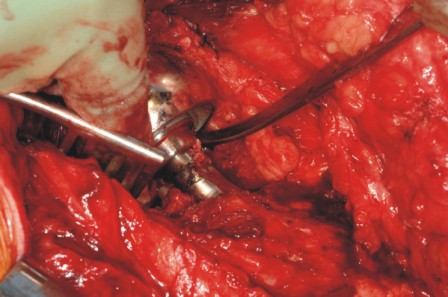 He is seeing a LOT more failures in ASR XL's which are THR's with a tapered stem.  So please note that the numbers below are different, in one area he is talking about ppb with BLOOD results, in another area he is referring to ppb in HIP Aspirations.

Mr. Tony Nargol recommends revision for patients with the following.

Vicky : whom do we revise

These three raise our concern to move to next level of investigation. Even if only 2 out of three we then perform a hip aspiration.

Hip aspiration gives a clue to the problem. we are presenting our results soon to show a key predictor of trouble is volume of fluid on aspiration.

COLOUR OF ASPIRATE : IF white or yellow or mucky grey : needs a revision irrespective of all else if combined  with big volume >20mls
volume of aspirate  : if red and volume not great like <10 mls one can wait but keep close eye and may repeat, but ions super high then revise.
Hip metal ion levels : they should be around 50ppb , but if ten times then a problem. (THIS IS NOT BLOOD LEVELS)

So anyone with rising ions >20ppb we are recommending revising. This decision i have taken only in last couple of weeks.

But if at 4 with a lot of pain and a positive scan and aspiration. The important point is at least start investigating when at above 4,

I will only revise a patient with no pain if some other factor , like very high >20 ppb or if as say 10 with a large effusuion and on aspiration it is awful and ions are like in the thousands for hip fluid. We are getting hip fluids commonly of 20-50,000 ppb.

The message is caution and repeat observation , but do not leave a patient with high ions and discharge them , repeat every 6 months and scan and rescan and aspirate .

If surgeon waits for too much pain you will see lots of failed revisions and loose stems.  So revise relatively early to make it an easier operation, leaving till pain is severe will be game over if ions very high.

If surgeons wait till 10 with a patient in pain and lots of fluid then they are leaving it too late.

And to make this fair, I have asked some other surgeons that also are very experienced Hip surgeons that implanted ASR's to give their responses to the above data.  Here they are, more will be added as I receive them.

Hi Vicky,
Thanks.
There is some serious disconnect between Tony's observation and my own experience.
I started doing ASRs in early 2006 may be 6 months or so after Tony.

As I have indicated earlier I have revised only one  ASR so far out of the 300 +. This was also due to cup slippage and not MoM problems.

4 other patients have pain / discomfort. Two of them have normal ions and most probably have ALVAL and thus not related to ASR.

The other two have marginally elevated levels but normal on imaging. They have refused revision so far.
This incidence of problems can be expected in any type of arthroplasty  in the hip  knee and shoulder.

I am at a loss to explain this disconnect as I know Tony personally and he is an outstanding surgeon.
Maybe the batches that went to U.K were faulty! This is just a wild guess to explain the profound difference.

I finished looking over our 6 -7 year data (our first ASRs were implanted in  Feb 2004) and we have about a 96.5% success at 7 years. This includes patients who just wanted to have the implant removed because of the recall. Quite a bit different from Nargol's 25% failure rate.