Home » Devices » At a Glance

Smith & Nephew (LSE: SN; NYSE: SNN), the global medical technology business, announces the voluntary removal from the market of 46mm diameter and smaller femoral heads and corresponding acetabular cup components for the BIRMINGHAM HIP◊ Resurfacing (BHR) System, and new Instructions for Use (IFU), reflecting recent performance data. Surgeons should maintain their routine follow-up protocol for patients, and patients are not required to take any new action.

Andy Weymann MD, Smith & Nephew's Chief Medical Officer, said: "Patient welfare is Smith & Nephew's top priority. Based on our analysis of our most recent data, we are taking the necessary steps to ensure that the BHR is only used in those patient groups where it has demonstrated strong performance. These represent the vast majority of current patients."

Devices at a glance

Below are some variations of devices available for Hip Resurfacing as well as the Birmingham Miid Head Resection at the bottom which is between a Hip Resurfacing and a Total Hip Replacement device.  For info on the new Ceramic BMHR click here

Above Smith and Nephew is marketing the Birmingham Hip Resurfacing globally.  It was approved in the United States by the FDA on May 9, 2006. 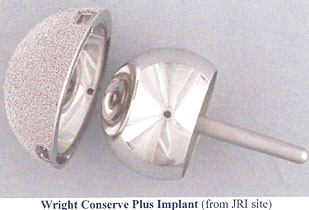 Above Wright Medical Technology makes the Conserve Plus resurfacing implant which is being marketed in Europe and Asia and received FDA approval in November 3, 2009 to market it in the United States.

Above Biomet has a resurfacing device named ReCap and has a clinical trial of a metal-on-metal Re-cap underway in the United States.

Above Zimmer makes a hip resurfacing implant that is called the Durom in North America (outside the US) and Bonesave in the UK. **THE ZIMMER CUP HAS BEEN RECALLED**

Above Depuy (a division of Johnson and Johnson) markets a resurfacing device in Canada, Europe, India and Australia under the brand name ASR (Articular Surface Replacement).

**Last fall, Depuy decided to discontinue ASR® XL Acetabular Head System and DePuy ASR® Hip Resurfacing Platform (not available in the U.S.) worldwide.   As a result of declining demand for the ASR platform and other market factors, they are in the process of phasing out this platform to focus on the development of next generation hip replacement and resurfacing technologies that best meet the needs of surgeons and patients.**  The Device was then RECALLED and found to be defective, Click here for more info

Above Finsbury Orthopedics, Ltd of Surrey, England , who manufacture the BHR device for Smith and Nephew have their own branded resurfacing device in their ADEPT line which includes a matching large-diameter total hip replacement.
12/11/09  DePuy Orthopaedics, Inc ., a Johnson & Johnson company, has announced the acquisition of Finsbury Orthopaedics Limited, a privately held UK-based manufacturer and global distributor of orthopaedic implants. Financial terms of the transaction were not disclosed.

Above ICON, a German manufacturer, markets a resurfacing device and minimally-invasive surgical approach in Europe. 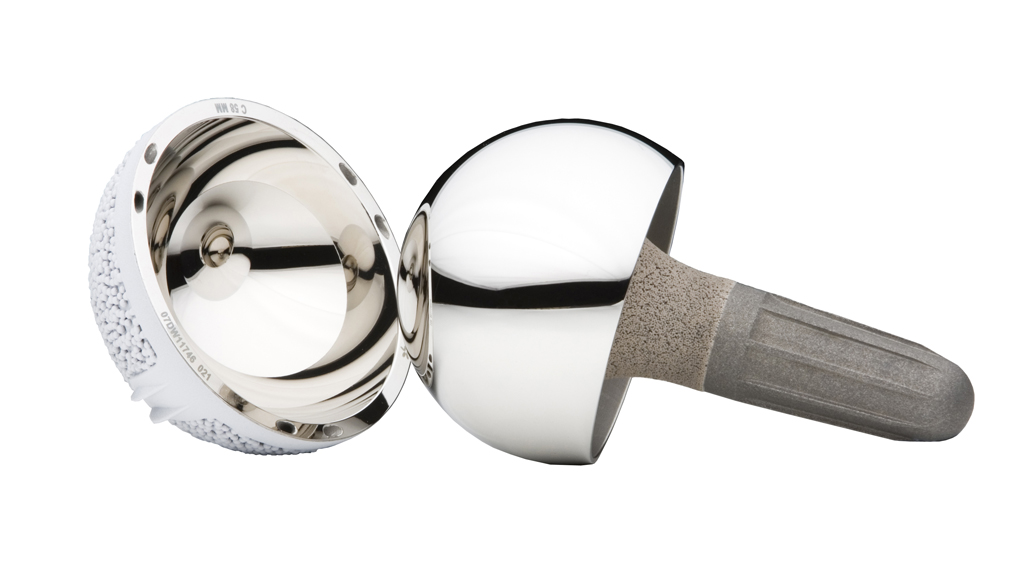 The Birmingham Mid Head Resection (BMHR) is a device that is in between a Hip Resurfacing device and a Total Hip Replacement.  For more information click on the name.  The BMHR is currently awaiting clinical trials in the U.S. but is avaiable in Europe and Asia. See also the new Ceramic BMHR now being performed in the UK