I started dancing relatively late in life (around age 21) and trained in many different dance forms, eventually focusing on the Martha Graham technique, which I studied intensively at the Graham school in NYC. In addition to performing in my own works, I have danced professionally for a number of dance companies and independent choreographers. I also participated in many different sports during high school and college including basketball, lacrosse, track and soccer, but I had never had any major injuries until I felt the sudden onset of pain and a quite limited mobility in my right hip in January of 2003. 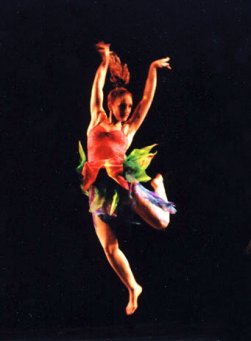 Like many dancers with hip arthritis, I initially thought it was only a pulled groin muscle, but eventually I was diagnosed with arthritis at age 41. At the time of diagnosis I was told that there wasn’t anything that could be done, other than to try to get me to age 50 before having a total hip replacement. This was the conventional wisdom of the time.

Although I searched for information on the internet, I could not find enough at that time to know that resurfacing could be a good option for me. I was fortunate in not having as much intense, sharp pain as some other patients have, so I was able to keep dancing for the next 2 years, although at an increasingly lower level of intensity and experiencing a growing fatigue and discomfort that also restricted many of my other activities.

I completed a 3-year MFA degree in choreography, and by the 3rd year my body had broken down to the point where I was no longer taking dance class. After graduation I realized that I couldn’t walk more than a couple of blocks without my back going into spasm because of the imbalance in my hips. The prospect of such a limited lifestyle sent me back to the internet, where I was stunned to find that there was now much more available information about resurfacing.

I decided to go to Dr. Thomas Gross in Columbia, SC for an uncemented Biomet hip resurfacing in January 2008. Every week after the surgery I felt my hip grow stronger; after 8 weeks I started back to ballet class, and very quickly I was again able to walk as far as I wanted. After 6 months I was allowed to start jumping again in dance class, and at 8 months out my flexibility suddenly improved further and I was able to go deeper into plié (a deep squat) than I had for the past 5 years.

At less than a year out from my surgery, I am still increasing my strength and flexibility and am thrilled to be dancing again. As often happens with dancers, the injury and recovery process has taught me a lot and in some ways my dance technique is now even stronger than before because of what I have learned about my body. Although I will probably eventually need resurfacing in my left hip as well, I am so grateful that resurfacing can make it possible for me to return to so many of the activities I love.