I have always been extremely active (my wife calls it a sickness). I've played basketball pretty much weekly since I was 11 years old. I currently run a men's basketball group at a local gym where I went 7 years without missing a week until I started having too much hip pain in May of this year. I run competitively and have since 1985. In 2008 I ran 34 races from January through the first of November when the pain finally made me quit. I also play 35+ baseball, tennis, and lift weights twice a week. I just turned 47 years old on November 1. 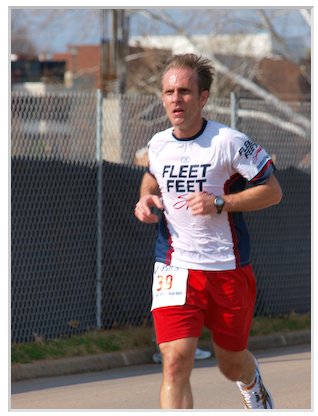 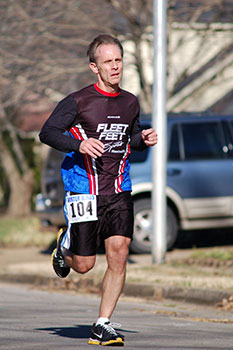 I never had any pain until I was on a long trail run in October 2008 when I felt a soreness in the front of my hip area. I just thought it was a strained quad and continued to run through it (I hit 150 miles during that month). By the first of November it got to the point where I was convinced it wasn't going away, so I went to a chiropractor recommended by a friend. After taking a single Xray, he decide to retake it because he "saw something". When he told me he saw some arthritis, I was shocked! I am too young to have arthritis - look how active I've always been! So, the next day I went to my family doctor. He also took Xrays and said he saw some arthritis, but said he thought the problem was tendonitis and sent me to physical therapy. After 8 weeks the only good results were that if I didn't run for 3-4 days I would be pain free, but as soon as I started back the pain would return.

At this point, I decided to see an orthopaedic doctor. He again took Xrays. He looked at them for all of 2 minutes and came in and told me I had arthritis and that he could schedule me for a hip replacement. What??? You've got to be kidding? I was not about to take this so I scheduled an appointment with another friend recommended ortho doctor who basically told me the same thing. But, he have me a couple of different options to consider - scoping or resurfacing.
Well, I thought all I needed was a little "cleaning up" . So I got an appointment to see Dr. Thomas Byrd in Nashville who is one of the premier hip scopers. After waiting two months to get in to see him with great expectations, he took more Xrays and looked at them for less than 2 minutes and said there was nothing he could do for me - I had too much arthritis. This was probably the low point of my whole journey as on this day I had started to feel like I would never run or play basketball again.

After returning from Nashville, I started looking on the internet for info on resurfacing, when I found Vicky's SurfaceHippy site. Reading the success stories definitely lifted the cloud of despair I had been in since Nashville.
I quicklyset up an appointment with Dr. Gross in SC as he was one of the most experienced and fairly close (7 hour drive from Huntsville, AL). It was the middle of August when I got in to see Dr. Gross. After spending probably 30 minutes answering all of my questions, I agreed with Dr. Gross that I was a good candidate and wanted to be able to get back to my active lifestyle, which would not be possible with a THR. Because of other obligations, my surgery was not scheduled until Nov. 4, 2009.

In the mean time, I continued to exercise as much as I could, mostly biking (up to 110 miles per week) which didn't bother my hip too much. I wanted to keep my aerobic capacity up as high as possible since I knew I would be limited immediately following the surgery and since I haven't run since late May 2009.

On Nov 3, my wife and I made the trip to Columbia. After a restless night, I went into Providence NE Hospital at 11:00 AM for a scheduled 1:30PM surgery. Lee Webb stopped by while I was in the waiting room to reassure me and answer any last minute questions. After the sedative was started, I barely remember being reeled in to OR, and my next cognizant moment was back in my own hospital room being very hungry since I hadn't had anything to eat or drink since midnight (it was now around 5PM). That first night, I was woken up about every two hours for vital sign checks, icing, blood checks, etc.

On the next morning, my first PT session with Alice got me out of the bed on crutches and walking down the hall. That afternoon she returned and we practiced climbing up and down stairs. Antonia came in and showed me how to use my "hip kit" to wash and cloth myself and explain my restrictions (90 degree limitation, etc.). Catheter removal also occurred this AM which was a lot of fun!
Dr. Gross
and Lee Webb checked on me and said the surgery went well. They had also removed some bone spurs that may have also been causing some problems.

Friday was to be my discharge (at noon), but not before a final PT sessions with Alice that was mostly a repeat of the previous activities. We left Columbia at around noon. Stopping every 2 hours or so to let me get out, it took us about 9 hours to get home. It was really painful getting in and out of the car as my leg did not want to bend enough to really clear the door.

Upon arriving at home I used my pain meds regularly for the first 4 days and used the Polar Ice machine religiously. After 5 days, I went to one crutch and after 7 I started using the cane. I have only used one pain med for the last two days and I was able to walk 1+ miles this AM (9+ days post op). I experienced a little soreness, but not unbearable. I was constipated for a few days (which I was told to be expected), but that too has passed (pun intended)!

I have driven twice so far - it is a little harder getting in the car from the driver's side as my operated leg has to go in first, but I expect this to pass soon. I plan on going back to work on Monday (Nov 16) which will be 12 days post op. I go back to see Dr. Gross on Dec. 18 for my 6 week follow up, after which I hope to be able to start back with non-impact aerobic exercise (elliptical, biking, pool running, etc.)

Although 6 months until I can run again seems like along time, it is surely a small slice of time in my life and definitely better than not having that option at all.

My surgery was back on Nov 4, 2009 with Dr. Gross. I'm now at 17 months. Am currently running about 25 miles per week including hill work and speed intervals. Longest run since surgery was a 15 mile trail run. My first post op race was supposed to be the McKay Hollow Madness 25K trail run, but severe weather canceled it. So I ran the Huntsville Track Club's Scholarship 8K. This was actually the last race I ran before my surgery in 2009, so I went two whole years between races. My 2011 time was 35:29 (6:54 per mile) which was about 40 seconds slower than my 2009 time, but I had already slowed down then because of hip pain. I experience NO pain at all in 2011. I've also been playing basketball (2-3 hours per week) with no pain. Also been lifting weights twice per week, doing some yoga at home ( I can sit Indian style, but not as limber as you are). Most of the time I don't even think about the resurfaced hip (other things hurt on occasion, but that's to be expected at 48!). 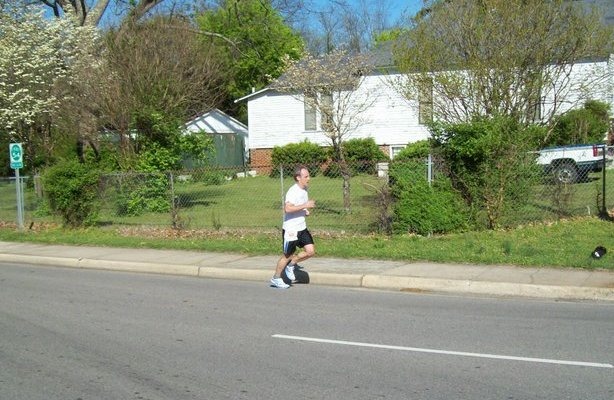 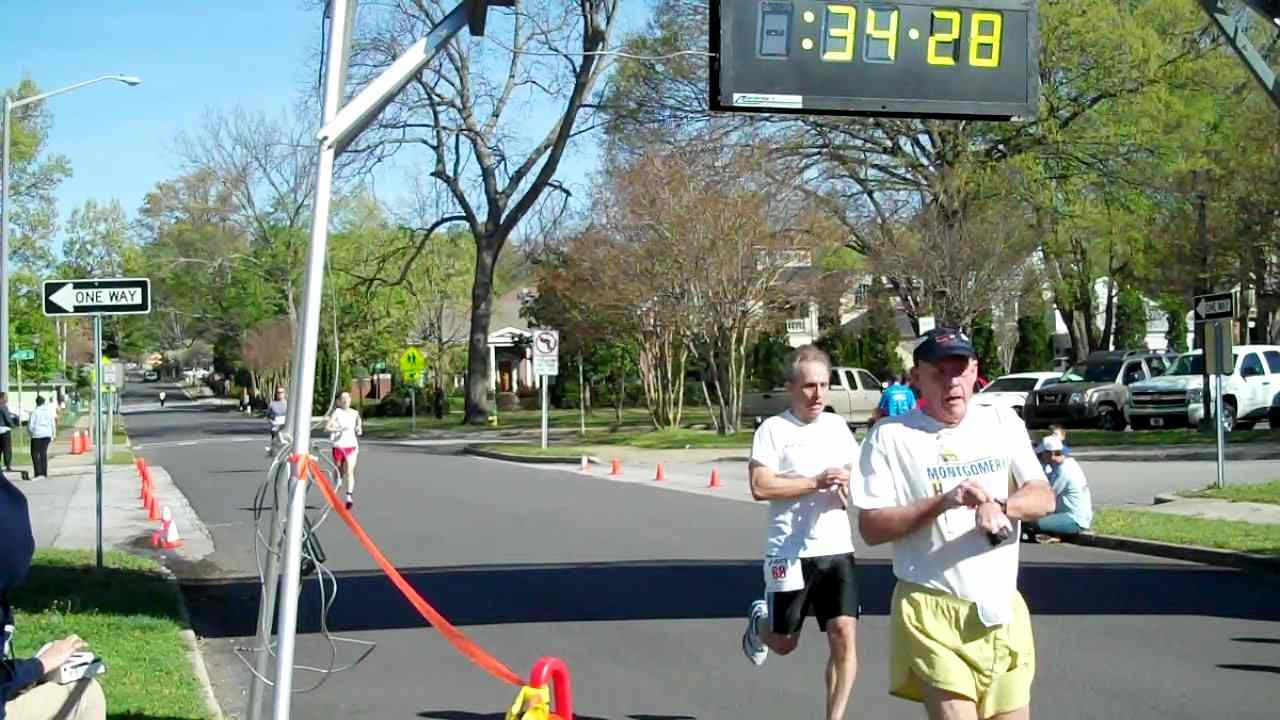 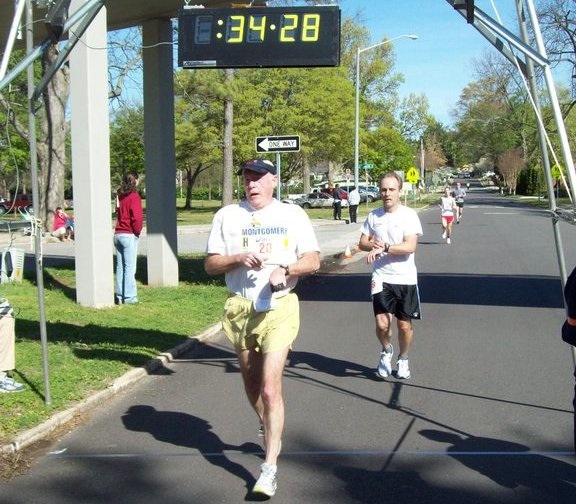