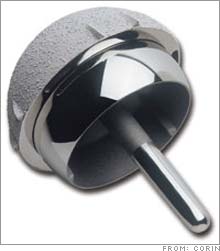 Resurfacing of the Hip is a relatively new procedure and does not have the long-term clinical follow-up results that are available for some other types of conventional THR. Not all Surgeons are experienced in Resurfacing of the Hip.  The procedure is intended for use in a specific group of younger (usually patients under the age of 65), high demand patients. Your Orthopaedic Surgeon is the only person who can advise you whether you are suitable for such an operation.

In recent years the use of “minimally invasive” techniques has become more widespread and surgeons are using smaller incisions, with less disruption to the soft tissues around the hip. The instruments used in the Cormet Hip Resurfacing system are designed to allow the surgeon to implant the resurfacing using these minimally invasive techniques.

If you are suitable, it is likely that you will be able to return to relatively normal levels of activity, and many Resurfacing patients have been able to partake in modest recreational sporting activities with their new hip. The Resurfacing device should last for many years, and should not require revising as early as a conventional THR, but as it is still a relatively new device it will take some years before the long-term results can be confirmed.