I am 52 years old and live in Mountain View, CA and in Reno, NV. I had congenital right hip dysplasia that was surgically corrected successfully when I was two years old. I was very active, enjoying distance running and racing, dressage and other riding, dancing of all sorts, gymnastics, SCUBA diving, skiing, hiking, backpacking, orienteering, kayaking, bicycling, etc. When I was in my mid-forties I began to have hip pain and was diagnosed via x-rays as having osteoarthritis but was advised to wait as long as possible for hip replacement because of my age. For six years I found my activities and range of motion progressively more limited by pain despite increasing usage of anti-inflammatories, and I limped more and more and had increasing discomfort while sleeping. When I again consulted an orthopedist I was told that I should schedule total hip replacement for the following month. When I asked about resurfacing (which I’d discovered through online research), I was told that surgeons in this country did not have enough experience with the procedure and that it had a long learning curve.

Video of Susan Waltzing at only 4 weeks post op 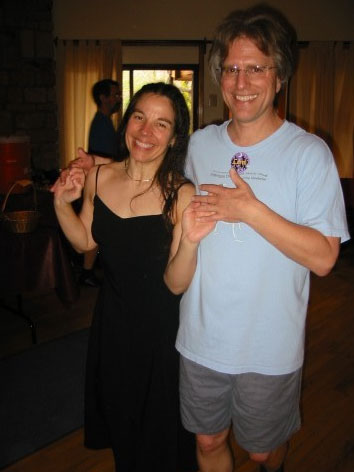 I spent a lot more time doing my own online research, and am profoundly grateful for the availability of websites that shared both technical and personal information about resurfacing. Eventually I got copies of my x-rays and sent them off to Dr. Bose in India and to Dr. Ure in Mt Shasta. Both doctors were extremely helpful and let me know that I was a candidate for resurfacing even though my hip anatomy was somewhat odd, with a very steep femoral head angle. I scheduled surgery (BHR resurfacing) for about four months later (7/16/08) with Dr. Ure since I needed time to make arrangements at work (I am a cognitive psychologist who does usability research for Intuit) and to clear a few weeks from teaching and calling contra dances. 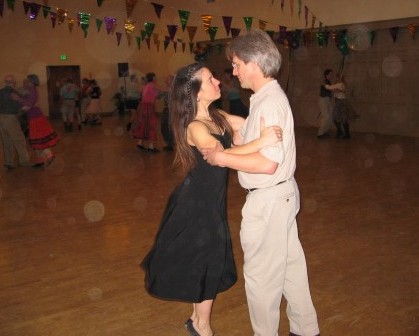 Dr. Ure and Mercy Medical Center and my nurses were all marvelous. It was really easy and pleasant to be at such a small hospital. Pain control after surgery proved one of my biggest surprises. I only needed Tylenol and an ice pack, and there was far less discomfort than I'd expected. I was dizzy and nauseated only when I first tried to sit up the day after surgery (and I had some trouble that day with low blood pressure), but each time was better and by the following day I was fine using crutches instead of the walker when I was discharged from the hospital.  I switched to a cane a week after surgery and by three weeks afterwards walked unaided. I walked as much as possible (three one-mile loops per day after the first week). I started to drive during the second week and returned to work full-time two weeks after surgery.  Even the security complications at airports due to the metal prosthesis (which I’d dreaded a lot ahead of time since I fly every week) have proved to be no problem, though I do take care to remove all other metal for faster wanding.

Now (four months after surgery) I simply can’t believe how much better I feel. I can hike and dance hard for entire weekends with no anti-inflammatory drugs needed.  I recently started to run again (though not with doctor permission, and only on soft surfaces), which is a great thrill. Even just walking down the hall or tying my own shoes makes me feel joyful.